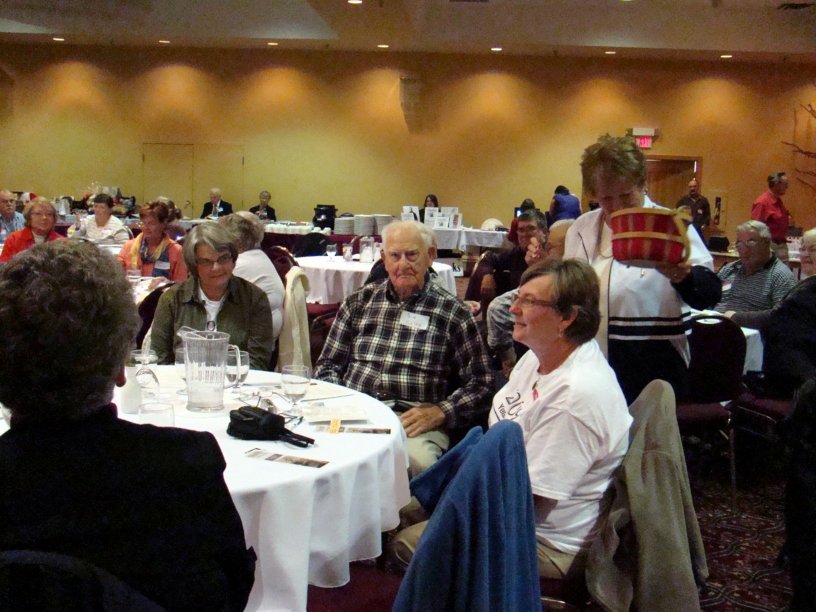 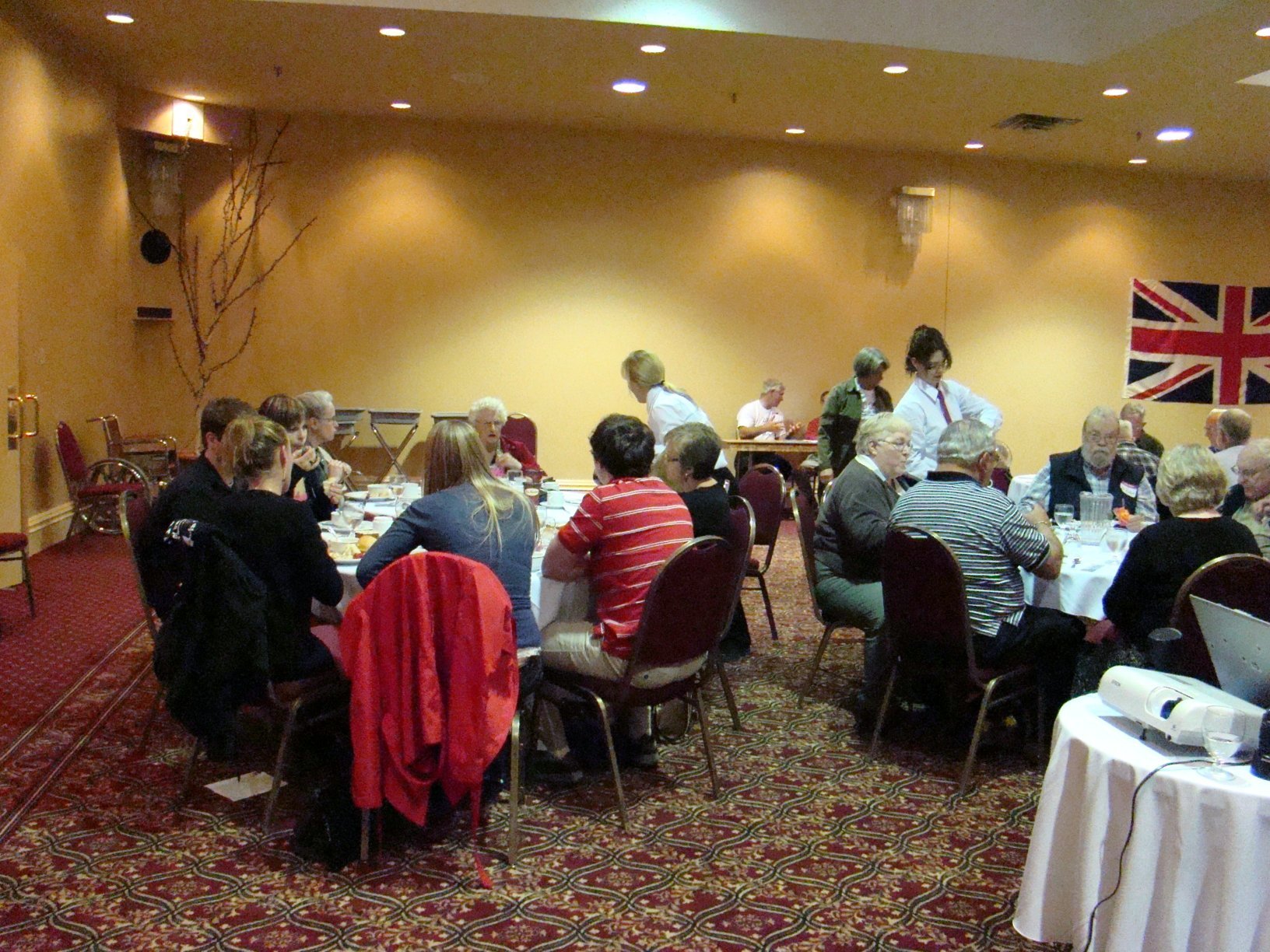 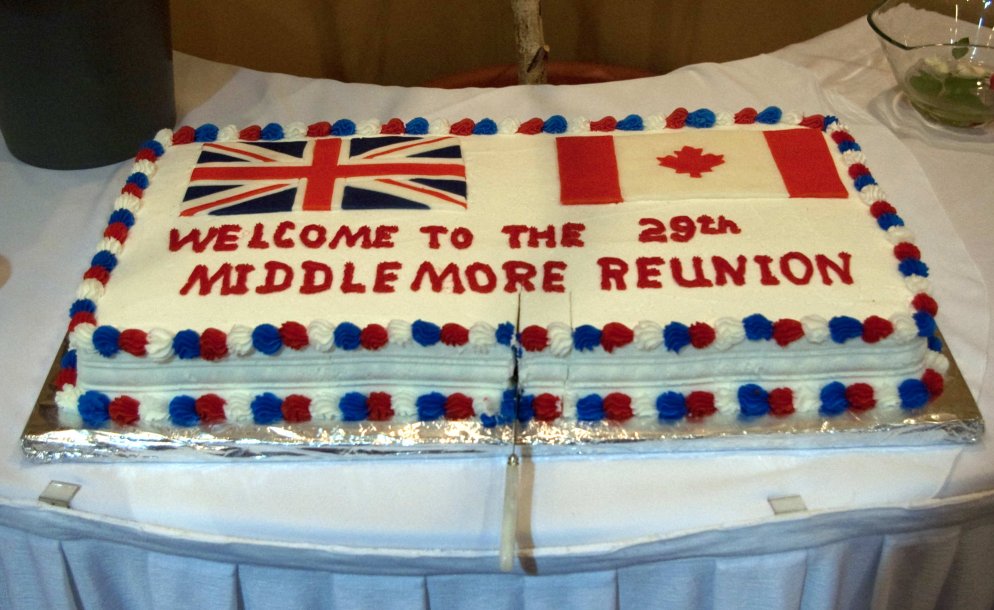 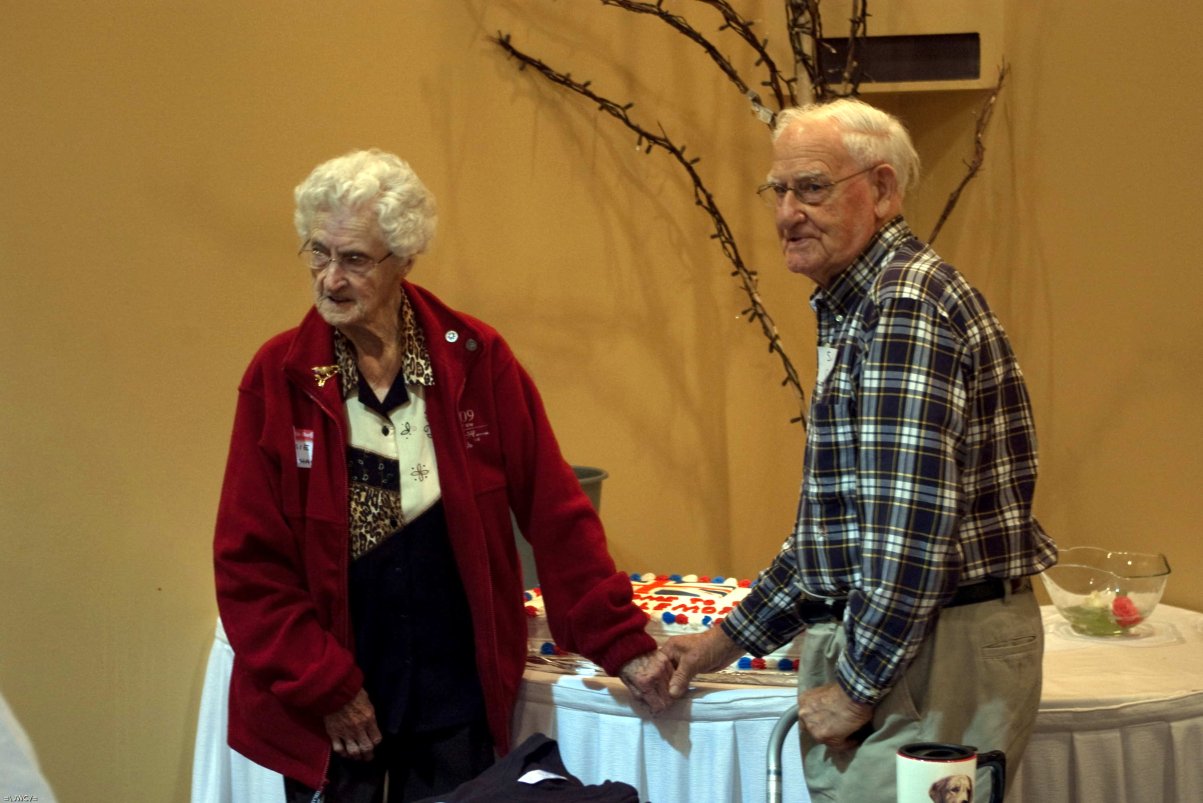 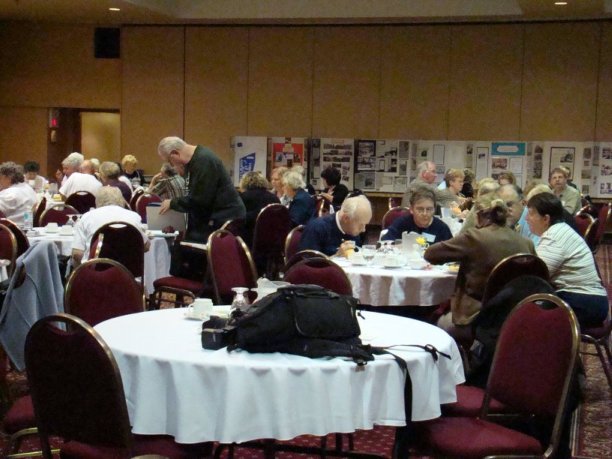 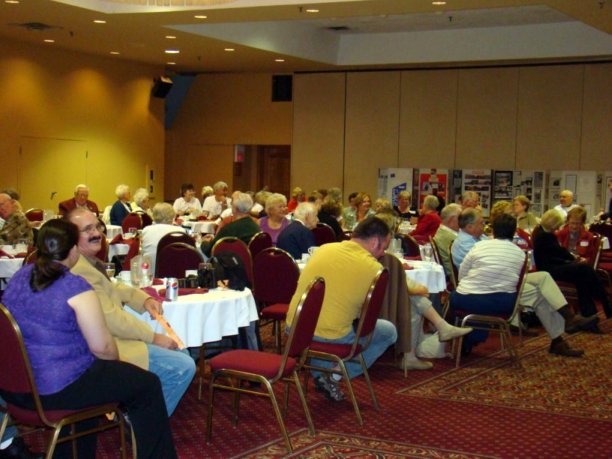 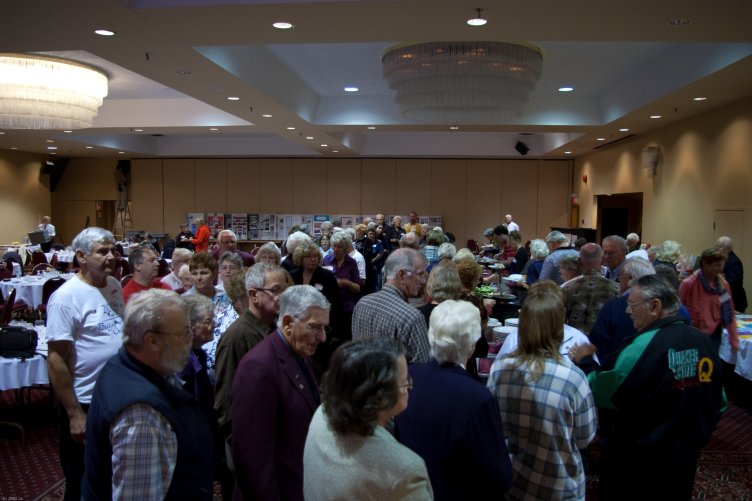 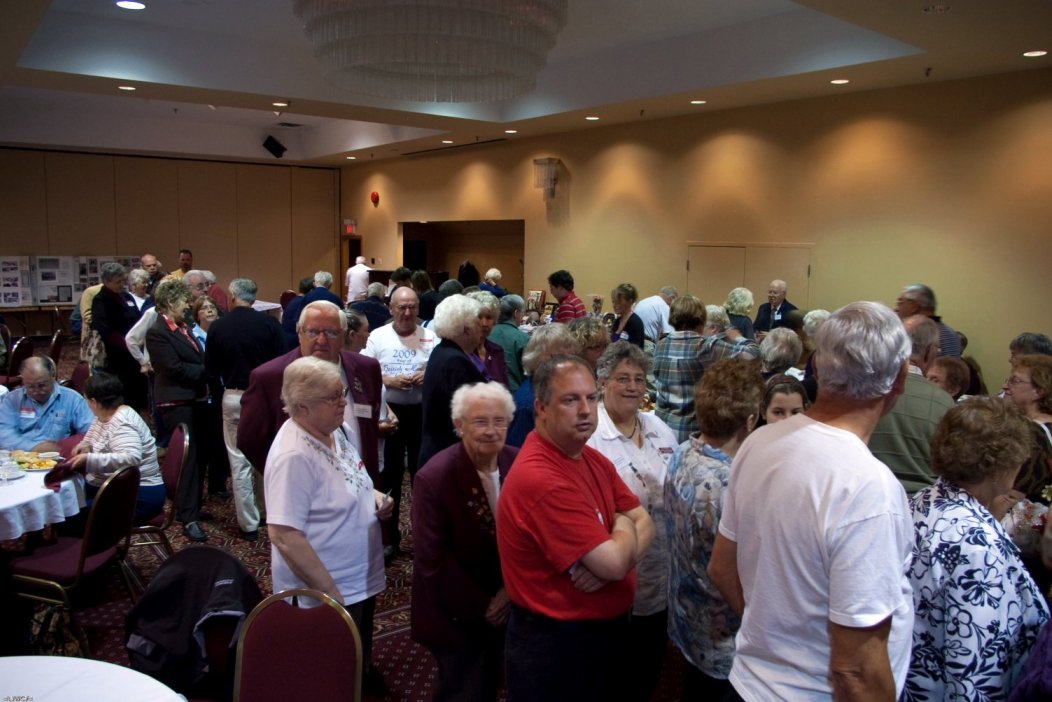 Displays were placed by our Society, John Sayers of the British Isles Family History Society of Greater Ottawa and David Lorente, along with other displays from the Belyea family. A very nice historic collection of valued treasures consisting of a Bible and toys brought to Canada by Joseph Taylor were displayed by his daughter Georgina MacDonald.

Our guest speaker, David Lorente gave a wealth of information from his years of experience and travels relating to his efforts to promote knowledge of the British Home Children story. A very
well delivered PowerPoint presentation gave us some insight to the many areas of knowledge this man holds and the work, at his expenses, to bring this awareness to Canada. He has also been involved with the United Kingdom and Australia at Government levels and in media releases.

John Sayers, along with his lovely wife Ivy, helped many in attendance with their display of materials relating to the Home Children. John offered his personal effort to help show folks how to use the internet to their advantage as well as doing family look-ups for them. During the panel question & answer segment of the day, John was able to inform us of the ongoing work with BIFHSGO (www.bifhsgo.ca ) and the co-operated efforts with our National Library & Archives.
John is always on the look for new information on the Home Children, wether it be by way of cemetery’s or listings of children from other various sources.

Beryl Young, from British Columbia, was also on hand to deliver a short talk on her new book “Charlie, A Home Child’s Life in Canada”. Beryl had the opportunity to talk to many in attendance and commented that it was just like ‘coming home’ to be at this reunion.

All our special guests this year volunteered their participation and it would not have been such a great day without them. Our Society very much appreciated their time, their guidance and their information.

Orin Manitt, from Quebec, has been our lead correspondent since 2008. He has offered his time to direct attention to the Federal Members of Parliament asking for support to make 2009 the Year of the British Home Child. Since we were unable to attain the motion soon enough, we have directed our efforts for 2010. The Canadian Stamp Advisory Board has approved a stamp to be issued in October of 2010. We now have the motion placed on the Order papers of the House of Commons. It will be delivered in late October or early November to be read and debated twice. On the second debate, the vote will be put forward.. I wish to thank, not just Orin for the massive work on this, but also to Helen Atkinson of Alberta, Gail Collins, the BHC mailing list and web site, and to each and every one out there who has helped contact their MP’s asking to support this motion.

The photo gallery will have photos added as they become available. If you wish to receive a copy of any photo on this web site, please contact Marion through mas@nbnet.nb.ca
The reunion was video taped this year to the best of our abilities and will be available later if you wish to order a copy. Remember now, we were not professionals, but it has the day’s events and although with a short technical difficulty, can be found to be very informative for you.

Details will become available for the 2010 year of events,.but please check in often or contact Marion Crawford later in the new year. 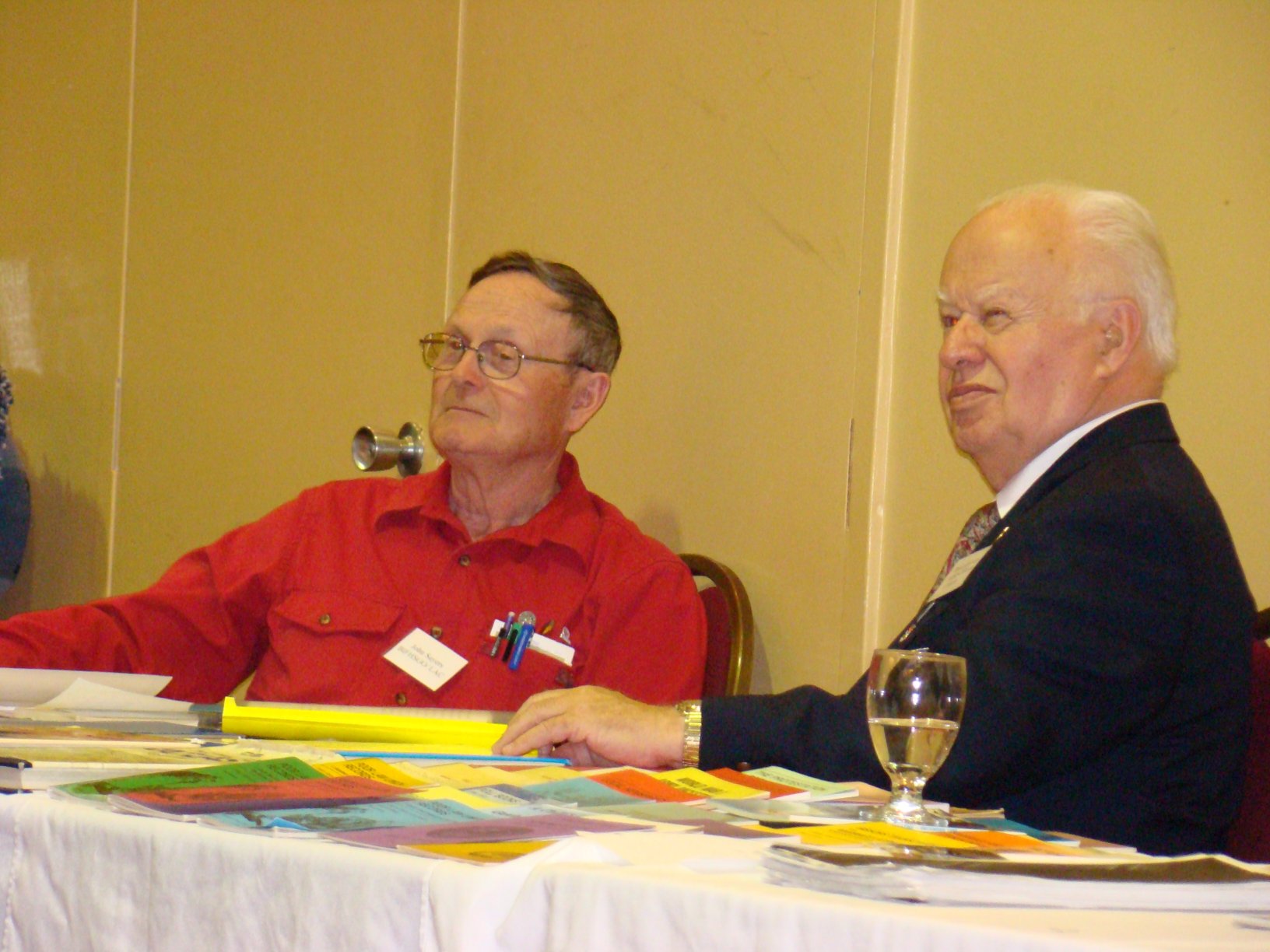 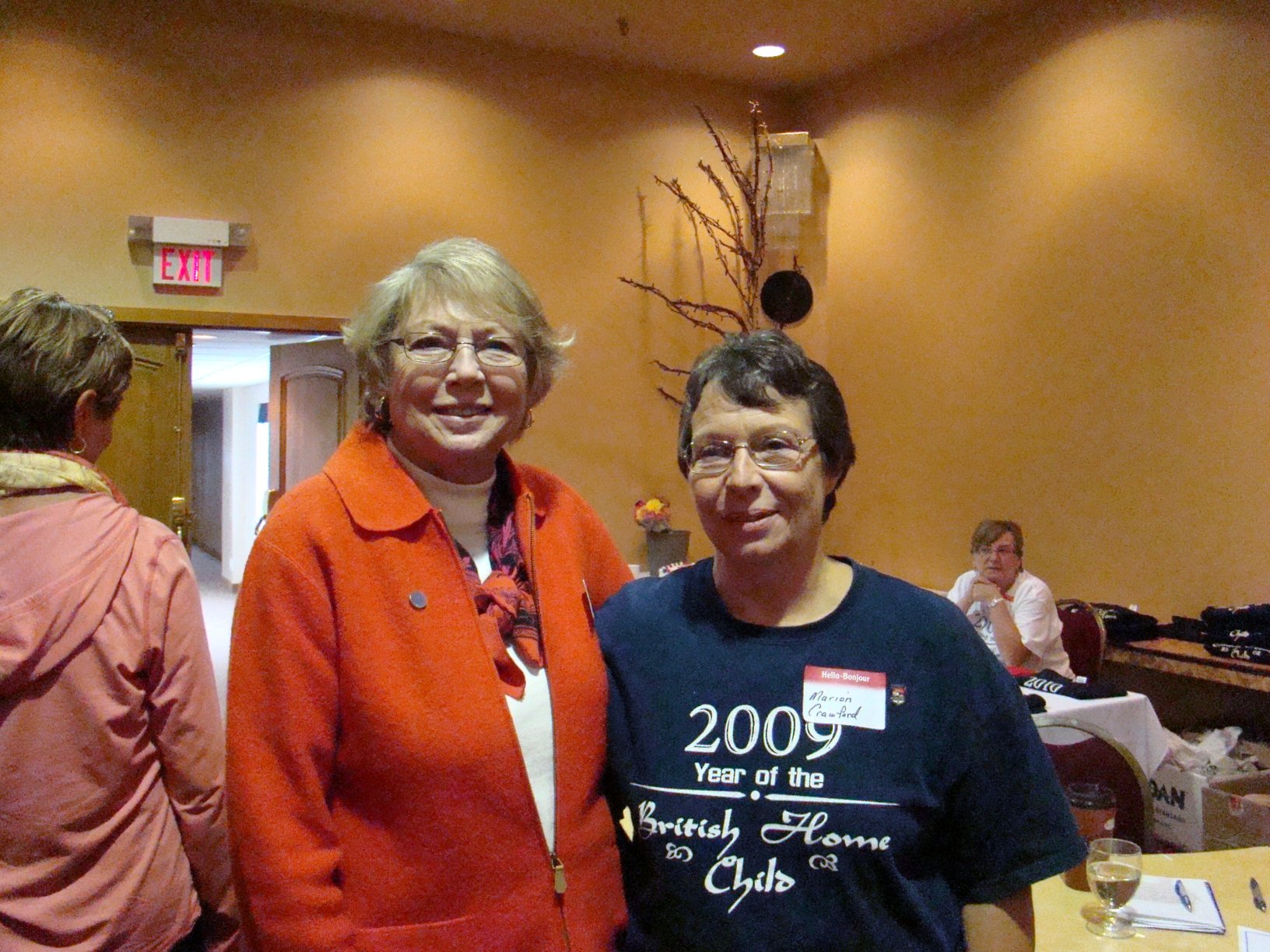